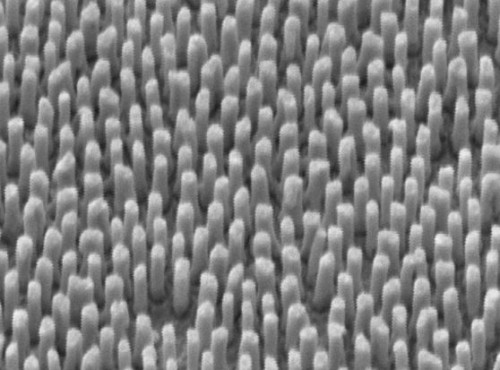 Researchers from the Reactive Plasmonics team at King’s College London have developed a new method for rapidly changing the polarisation of light, one of its fundamental properties. The research, published in Nature Photonics, could lead to much faster data transfer and advance research into nano-materials.

A light wave undulates in different ways – known as its polarisation. The polarisation of light is changed by the material it passes through, so we can use it to learn about unseen nano-scale worlds such as drug chemistry and quantum electronics. Switching polarisation is also used to transfer digital information along fibre optic cables.

This will allow us to ‘see’ very fast nano-scale processes such as chemical reactions for the first time, by illuminating them with rapidly changing light. This helps us to understand the difference in formation of nasty chemicals and life-saving drugs, and allows us to study new materials that will bring about the next technological revolutions.  This will also represent a major advance in data transfer speeds. By rapidly changing the polarisation of light – to represent a one or a zero – data can be passed along fibre optic cables and into your living room more rapidly. This will help meet growing data sharing demands driven by streaming and cloud services.

The team designed nano-structured materials that can control light polarisation using light itself – a technique known as ‘all-optical polarisation control’.  These nano-structures are known as metamaterials: materials with optical properties not available in nature. These thin, lightweight materials are constructed from elements smaller than a thousandth of a millimetre in order to create exotic optical effects.

In this case, the metamaterial is constructed of gold nano-particles. A high intensity light pulse is fired into the metamaterial, injecting energy into electrons in gold particles, which in turn changes the refractive index of the material.

The effect can be observed even with one beam. In this case, the polarisation of the light transmitted through the metamaterial changes with the intensity. It is like polaroid sunglasses which adjust themselves to remove glare whenever it is too much sunlight.

Luke Nicholls, the PhD student who carried out these experiments, said, “With everybody using more and more data, streaming videos, music and sharing pictures, we are fast approaching a point where the current internet infrastructure will not be able to cope. All-optical control provides an answer to this looming problem and hopefully sees an end to staring at the infuriating buffer wheel.”

This research also has potential beyond how many box sets we can download. Control of light at such short time scales could also feed into quantum information processing, where controlling the polarisation of light is integral for building successful quantum computing devices.

Reactive Plasmonic’s PI Anatoly Zayats of King’s College concludes: “This effect opens up many opportunities for new applications which can directly impact everyday life. The faster you can control light polarisation, the faster you can use light to transmit data and make measurements.” 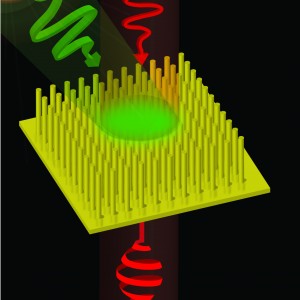 This groundbreaking research has been featured in the following publications