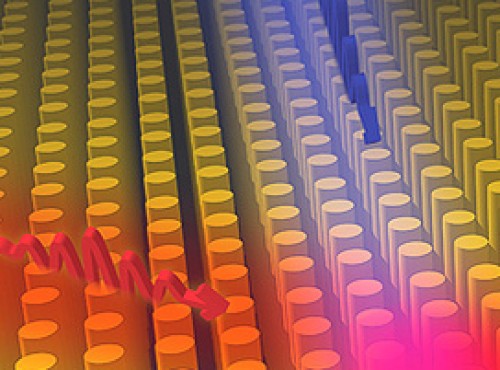 Materials that present plasmonic resonances enable an intense light-focusing, mediating electromagnetic (EM) energy transfer either from the far to the near field or vice versa. Thus these elements can be considered as optical nanoantennas and are key instruments in the conversion of free-space light to nanometre-scale volumes. Thus potential application of these systems have been explored in recent years such as (bio)sensing, non-linear optics, imaging and energy conversion, among others. However, very recently, the decay of such plasmons has become an interesting field of research.

After plasmons have been excited, the light quanta that they stored can be re-emitted as light but some of them can also decay into two charge carriers, an electron and a hole. Thus, the nonradiative decay of plasmons can effectively produce “hot electrons” inside metallic nanoantennas. Such hot-electrons, despite being characterised by their very high velocity, cannot travel over distances larger than a few nanometres before they lose their energy through collisions; their thermal relaxation typically occurs on a femtosecond timescale.

This PhD project aims to explore the ultra-fast process of plasmons decay and the possibility to transfer the hot electrons and holes to molecules near the surface of the plasmonic nanoantenna. In this way the possibility of performing chemical reactions on the surface of the nanoantennas, assisted by the hot carriers, will be the driving force of the project. Also theoretical inside in the strong light-matter interaction associate to these processes can be revealed by time-resolved measurements on these systems.